Student-artists map out the district for Chalk It Up entry

Student-artists at East Central High School used lots of imagination for their 2021 Chalk It Up entry.

Titled "Spirit of San Antonio—Out Around San Antone," the mural honors the ECISD community and its charitable spirit and diversity.

Artpace Chalk It Up celebrates the region's creative culture, connecting San Antonians from all parts of the city and contributing to the community's cultural vitality.

Entries are judged on creativity, execution and adherence to the theme: THE SPIRIT OF SAN ANTONIO.

On October 9, finalists will be announced. Good luck to the ECHS team!

To learn more about Chalk It Up, click HERE. 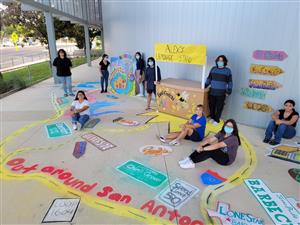 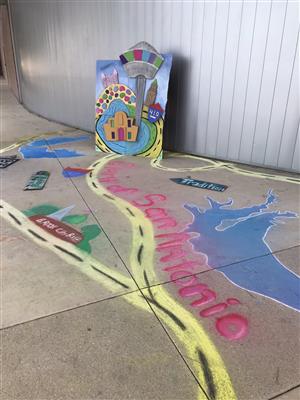